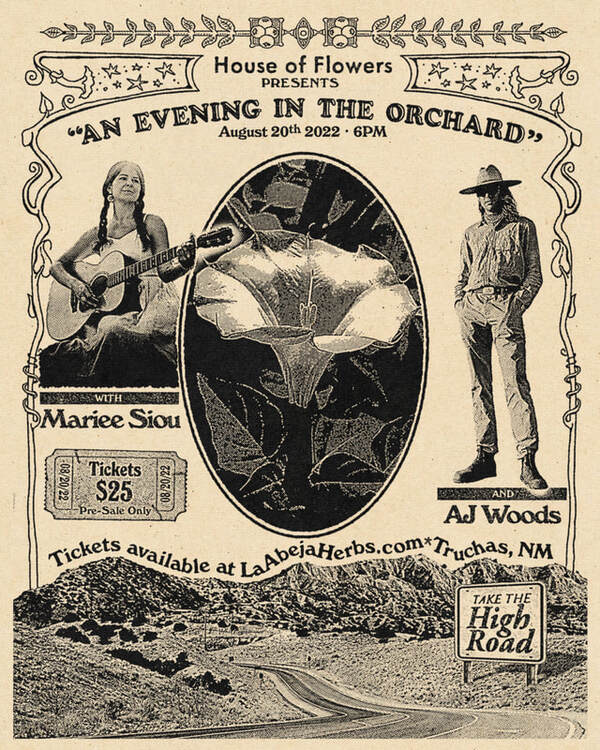 Join us at our place up in the mountains where we’ll gather beneath the ripening apples and waning moon to celebrate the end of the season and enjoy the hauntingly beautiful music of Mariee Siou and AJ Woods. Bring a blanket to lounge on, chairs to sit in, dinner to enjoy, and drinks to drink -- whatever you need to be comfortable and make the most of the evening! Layers are recommended as it can get quite chilly in the mountains once the sun sets. Weather permitting, we will have a fire we can all gather around.
Due to the location and intimate nature of this event tickets are limited.
​Details and directions will be sent via email to those who purchase tickets.
The venue is located in Truchas, NM fifty minutes from Santa Fe + Taos. 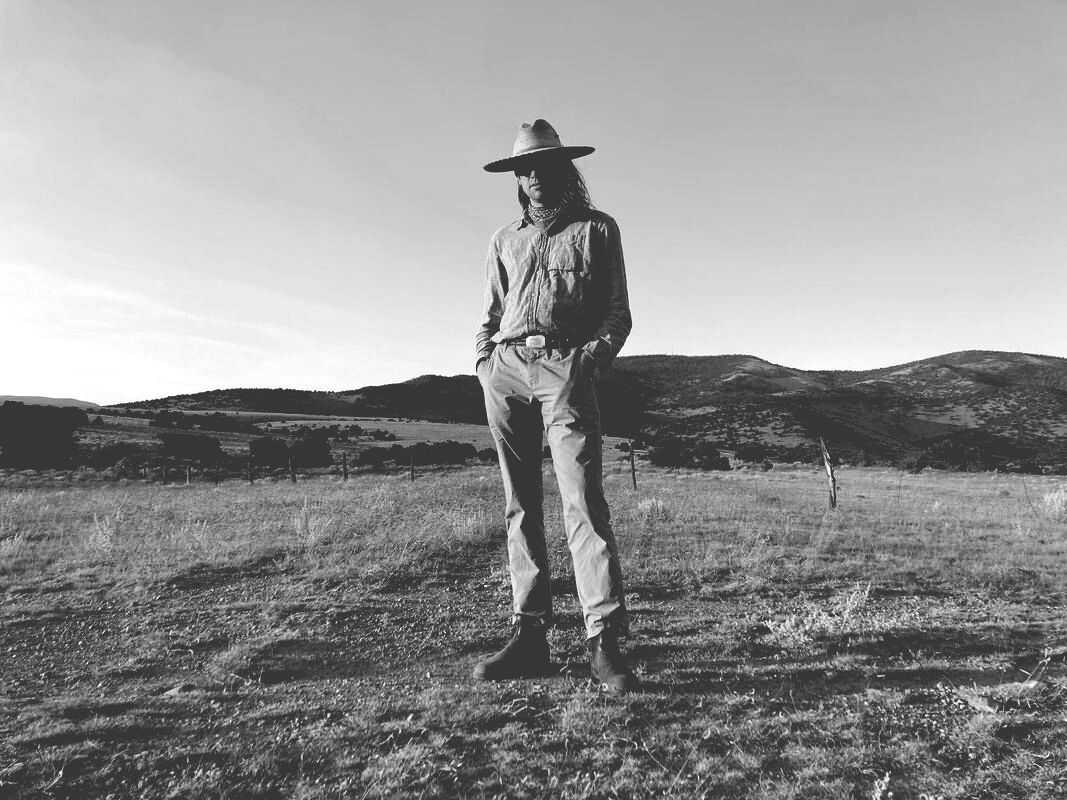 ​​Born and raised in Albuquerque, New Mexico, AJ Woods has been a part of the Southwest music scene for over a decade. He has released two full-length albums, a critically-acclaimed EP, as well as singles and live recordings, all of which have earned him comparisons to people such as Jason Molina and Neil Young. In times like these, Woods's music and words are grounding forces. They take us back to the earth on which we live and depend, remind us that we have hearts, bones that break and heal, blood that leaves, blood we can share. They show we are related to, made and capable of many things. 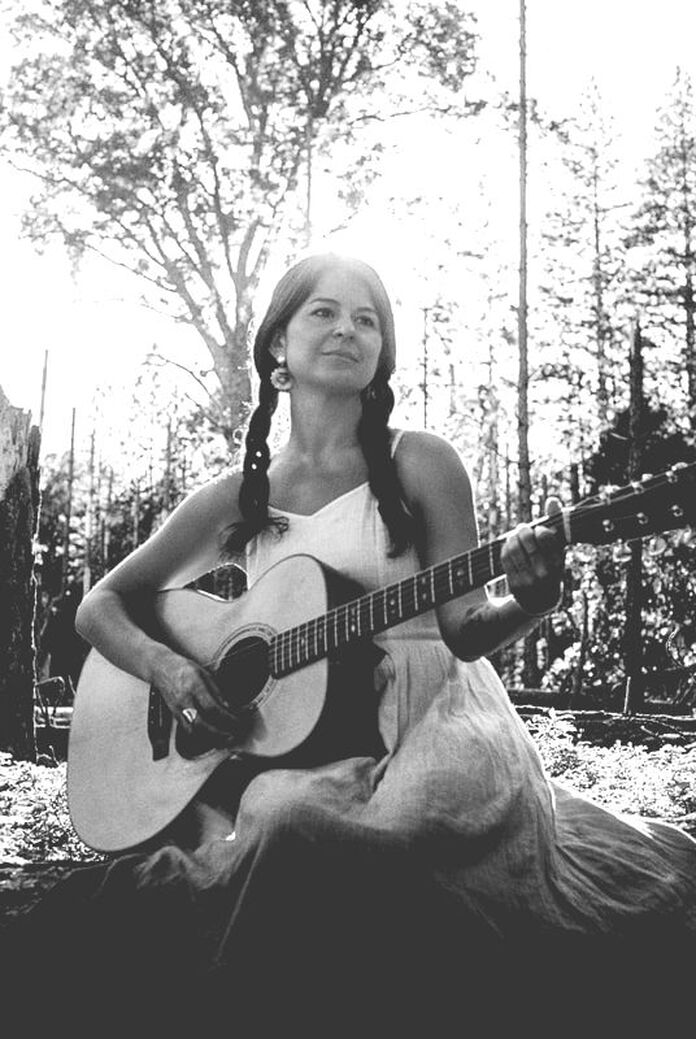 Mariee Siou grew up surrounded and deeply touched by music—often going to bluegrass festivals and listening to her father’s bluegrass band—but held no particular personal musical ambitions. However, she taught herself to play the guitar at 18 while volunteering at a school for Mapuche children in Patagonia, Argentina, and wrote her first songs here while taking refuge from the Patagonia winds indoors. She continued finger picking and writing songs and made two home-recorded albums purely at the urging of friends. In 2007 she released her first studio album, Faces in the Rocks, on which she collaborated with Native American flautist Gentle Thunder and which achieved a dedicated cult following that would propel her career to this day. She began touring Europe as well as North America and has continued ever since.

Mariee Sioux has learned to more consciously embrace her role in the old and new tradition of healer-singers who have always helped hold the human social fabric together. Through music she attempts to fill a cultural void left by severed connections to her mixed Polish, Hungarian, and Native American heritages and to thereby address the broader cultural voids felt by Americans today. She does this “with hopes of enticing the sacred work of grief back into our lives from the exile American society has placed it in”—and this is evident in her most recent album Grief in Exile.

The songs continue to come to Mariee Sioux, and her approach as a singer continues to mature. The flowing melodies and quivering vibrato of her voice, as well as the poetry itself, continue to locate themselves and their work with a more solidly grounded precision as to just what that work is. Her most recent songs most deeply reflect this clarity of vision and acceptance of both her role as an artist and the endless need for that role in this changing world. Mariee Sioux brings us back to the child and the grandmother in ourselves, in a time in which it has never been more needed—and she intends to keep it up as long as she has a voice.